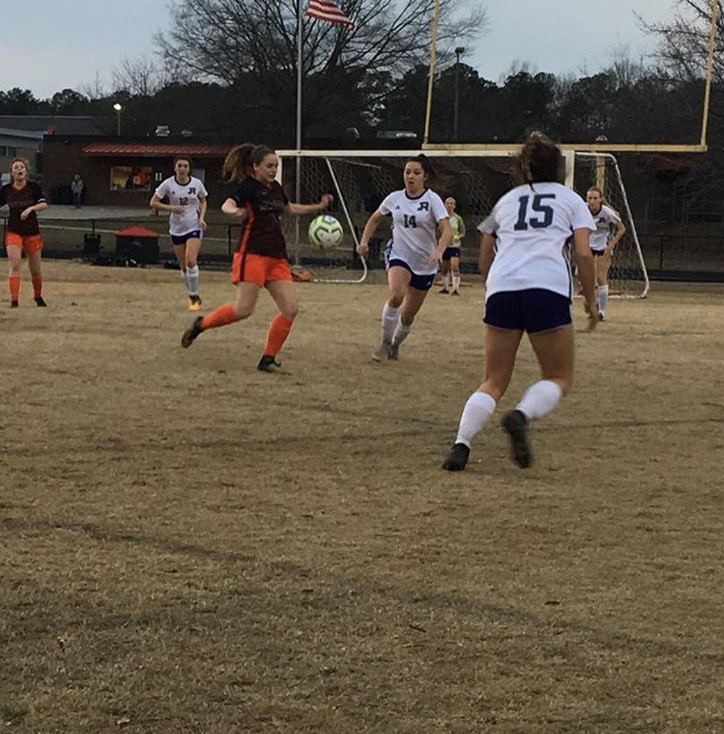 After a poor first half, the Rapids came out in the second half to thump home three crucial goals to secure their first regular season win! The intensity improved significantly and a change in system allowed the Rapids to take advantage of a stubborn Monacan defense.

Team captain Lauren Ott got on the scoresheet first with a brilliant header off a corner kick by Ellie Simonpietri. Later on, junior forward Amanda Arnone pressured the Monacan defense to force a turnover in which sophomore forward Kayla Siddiqi picked up the loose ball and shot from the top of the 18 yard box to bury the important second goal for the Rapids.

In the dying moments of the game, sophomore Hannah Calliott played a nice lofted diagonal through ball to Arnone who beat the keeper to the ball, dribbled around her, and buried a tough angled shot into an empty net!

The backline of juniors Sophie Azula and Olivia Crooks combined with underclassmen Jenna Rieck (sophomore) and Kameron Simmonds (freshman) had an outstanding defensive performance to preserve the clean sheet for team captain Abby Rieck. Abby recorded five saves, with one of them being a massive one handed breakaway save during the first half!