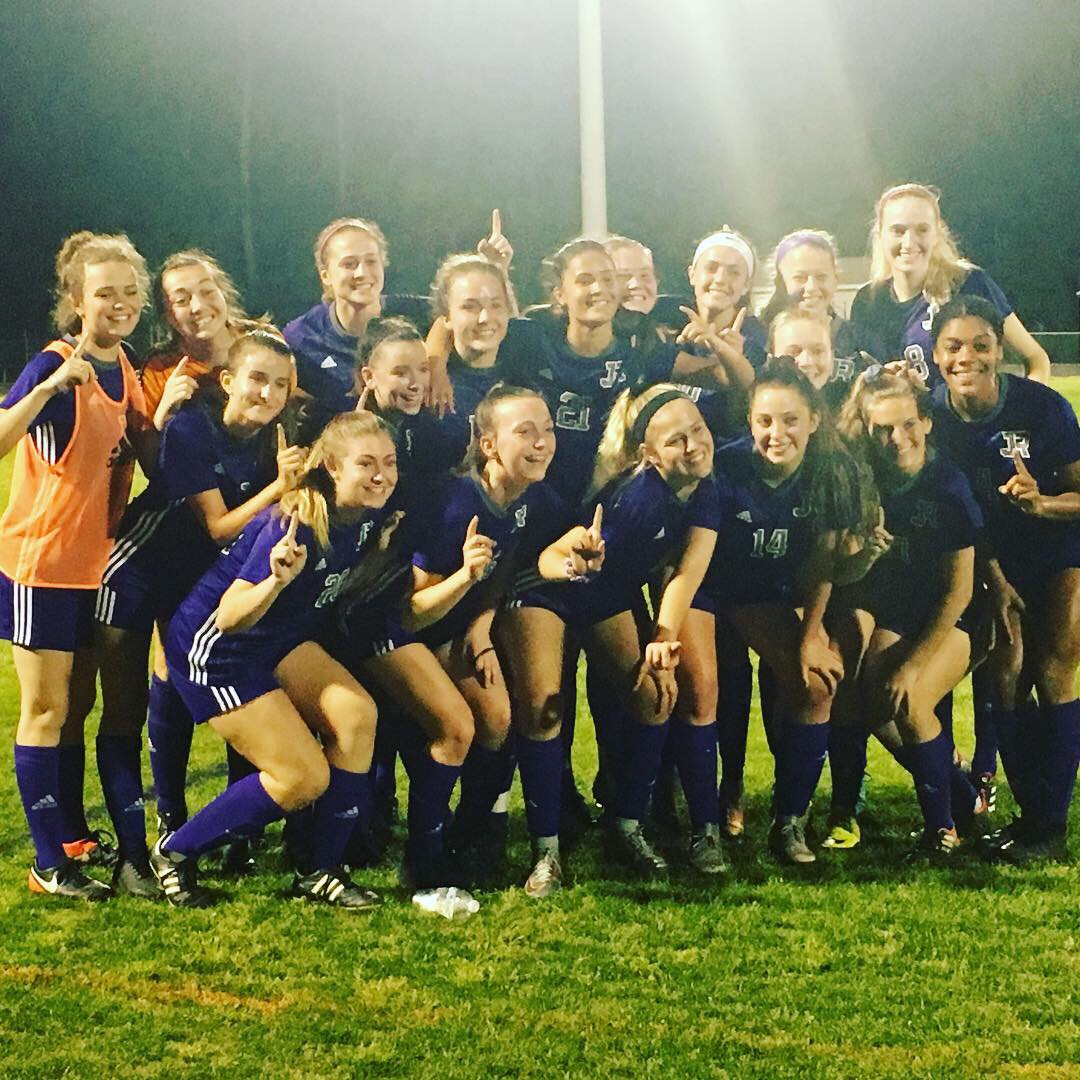 The Rapids went down 1-0 early in the second half but responded well again to come back and score three unanswered goals against Mills Godwin to win 3-1 on Tuesday night.

The team struggled to put the game away in the first half with their chances, which ultimately left the door open for Godwin to take an early second half lead. However, freshman Kameron Simmons helped to kickstart the comeback with a powerful header from Ellie Simonpietri’s corner kick a few minutes later. As the half progressed, the Rapids maintained possession and control in Godwin’s defensive half and the team was able to put away two more brilliant goals, credited to senior captain Lauren Ott. She was assisted in a nice wall pass combination play with Hannah Calliott and assisted on her second goal by Simmonds.