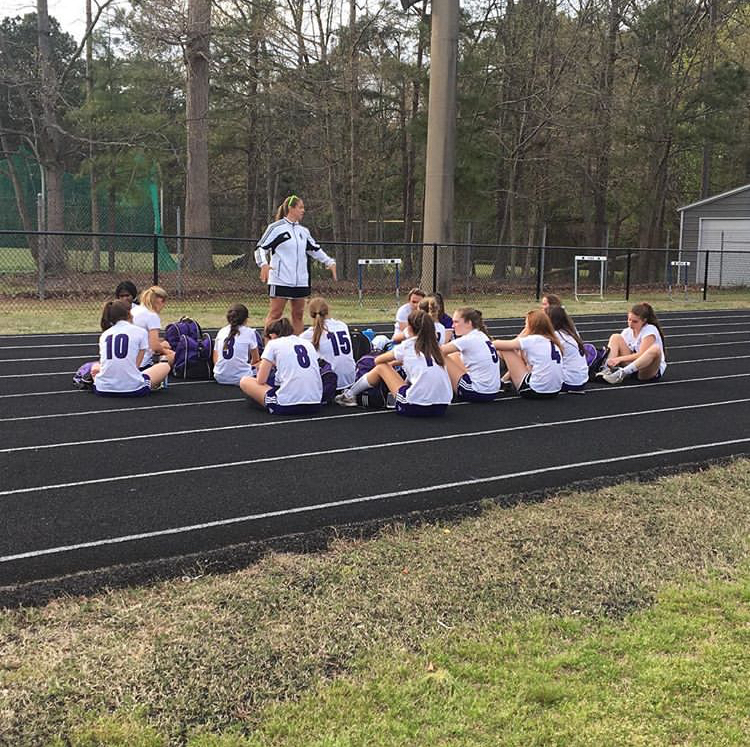 The Rapids returned from spring break to start off on the right foot with a big 2-0 win over local rivals Midlothian!

Goals were scored by Hannah Calliott and Lindsey Munyak. Hannah had a 25 yard screamer into the far upper corner of the goal during the first half and Lindsey had a 40-45 yard bomb from just inside midfield to catch the Midlothian keeper off guard to get the insurance goal late in the second half.

Senior captain Abby Rieck recorded her second clean sheet of the season and recorded 5 saves on the night.