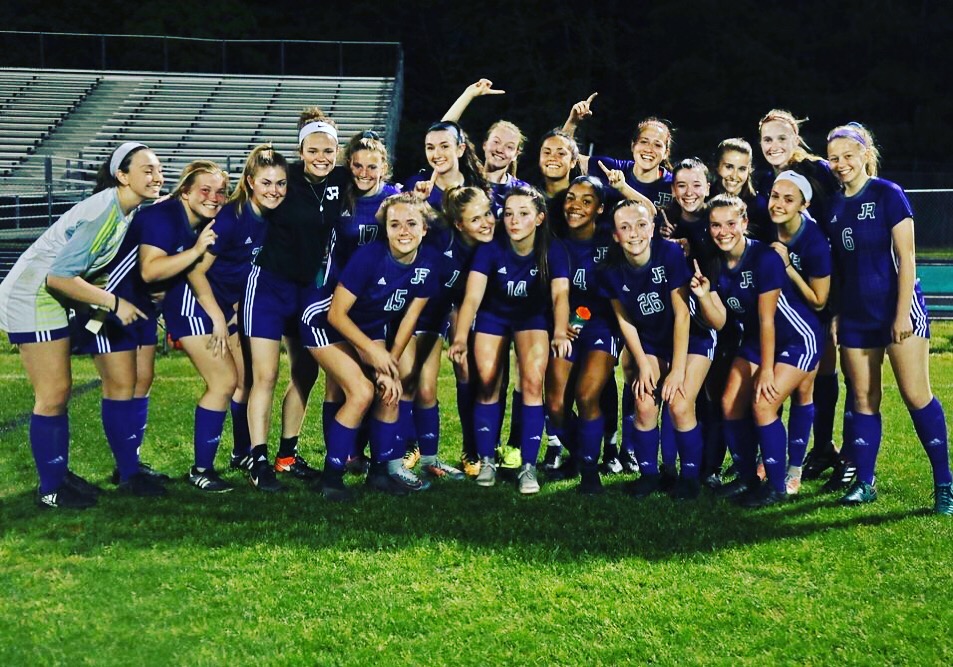 The Rapids advance to the Regional Semifinals next Tuesday, May 28th after beating Manchester tonight with a score of 2-0. During a sluggish first half in which James River dominated possession, the team struggled to find the back of the net. However, freshman Kameron Simmonds moved from the back to forward and found herself on the end of another corner kick from junior Ellie Simonpietri to head the ball home and give the team the breakthrough they needed.

Manchester continued to battle hard but just didn’t have enough to withstand the pressure from James River. Kameron was able to create the next goal by serving a low cross into the box in which senior captain Lauren Ott pressured the defender and forced and own goal out of the play.

Abby Rieck recorded the team’s 10th shut out of the season. The Rapids have only conceded 6 goals in 14 games!!

Come on out and support the team on Tuesday! Go Rapids!