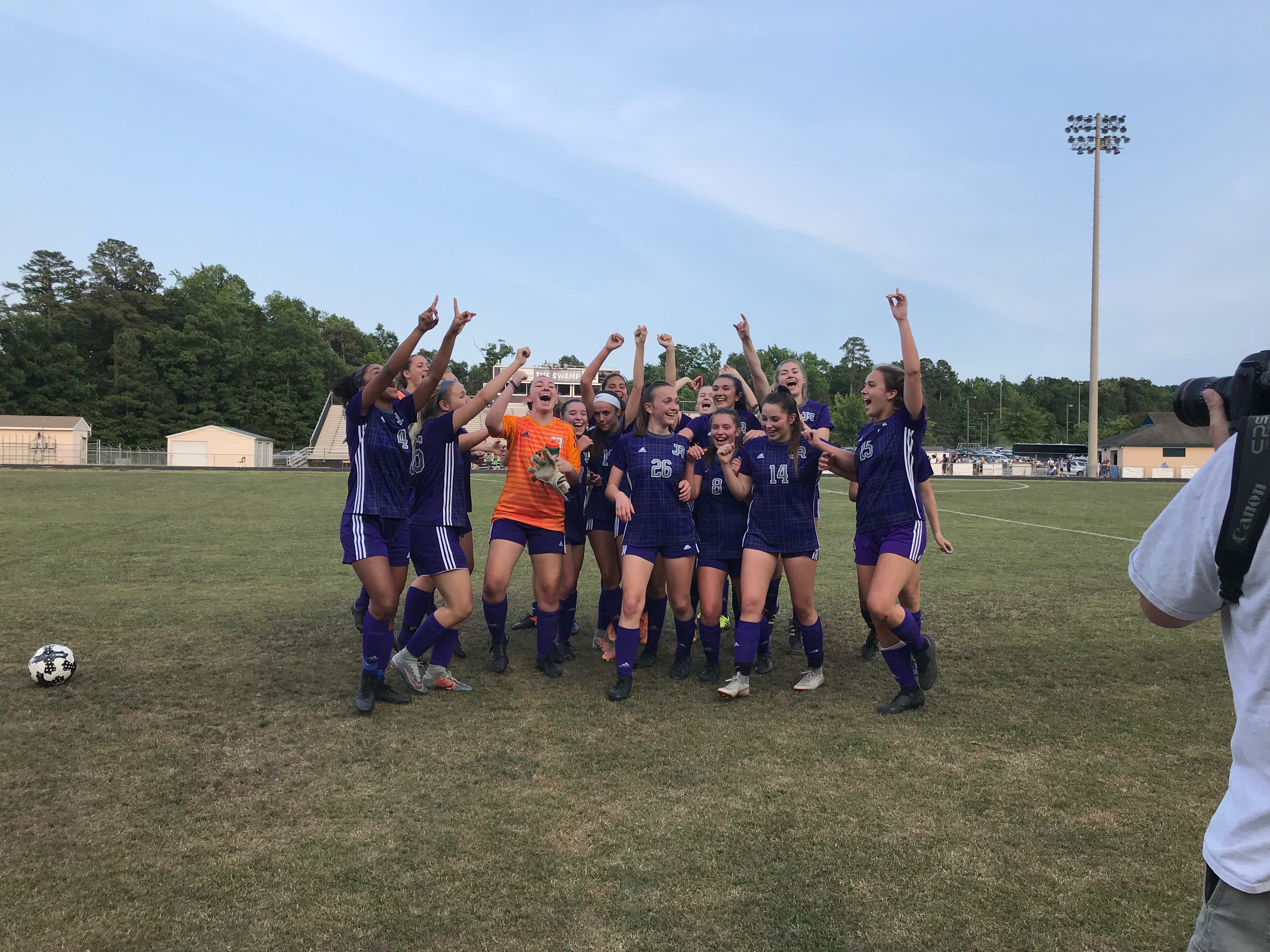 Wow! What a thrilling game!

The Rapids continue their 15 game winning streak as they knock out the defending State Champions First Colonial 3-2 on Tuesday night.

Amanda Arnone was first to get her name on the score sheet with a breakaway effort she was able to tuck underneath the oncoming goalkeeper. Hannah Calliott was able to keep the ball alive by flicking on a header into space for Arnone to get on the other end of and finish.

The Patriots were able to equalize later in the half off scrambled effort in the penalty area in which their player was able to tuck away a shot from 6 yards out. However, Arnone was able to give the Rapids the lead again with a beautiful curling effort from 23 yards out into the side netting.

At halftime with a lead of 2-1, the Rapids changed the way they went out into the second to help protect the lead. For 39 minutes, the team succeeded at denying First Colonial any significant opportunities on goal but unfortunately gave up a shot from outside the box with less than 2 minutes remaining that leveled the score. The team looked defeated, but mustered up the sheer will power and determination to chase after the game in the last minute and a half.

From the ensuing kickoff, the Rapids moved forward with the ball. Ellie Simonpietri was able to dribble by an FC defender and connect with Lauren Ott. Ott dribbled a few yards to draw defenders towards her, opening up space for Kayla Siddiqi to drift into. Ott passed the ball perfectly into space for Siddiqi who took a touch or two and buried the ball near post to secure the win for the Rapids!

The team plays Friday at 12:00 vs TC Williams at Deep Run High School. Come on out and support your girls soccer team!