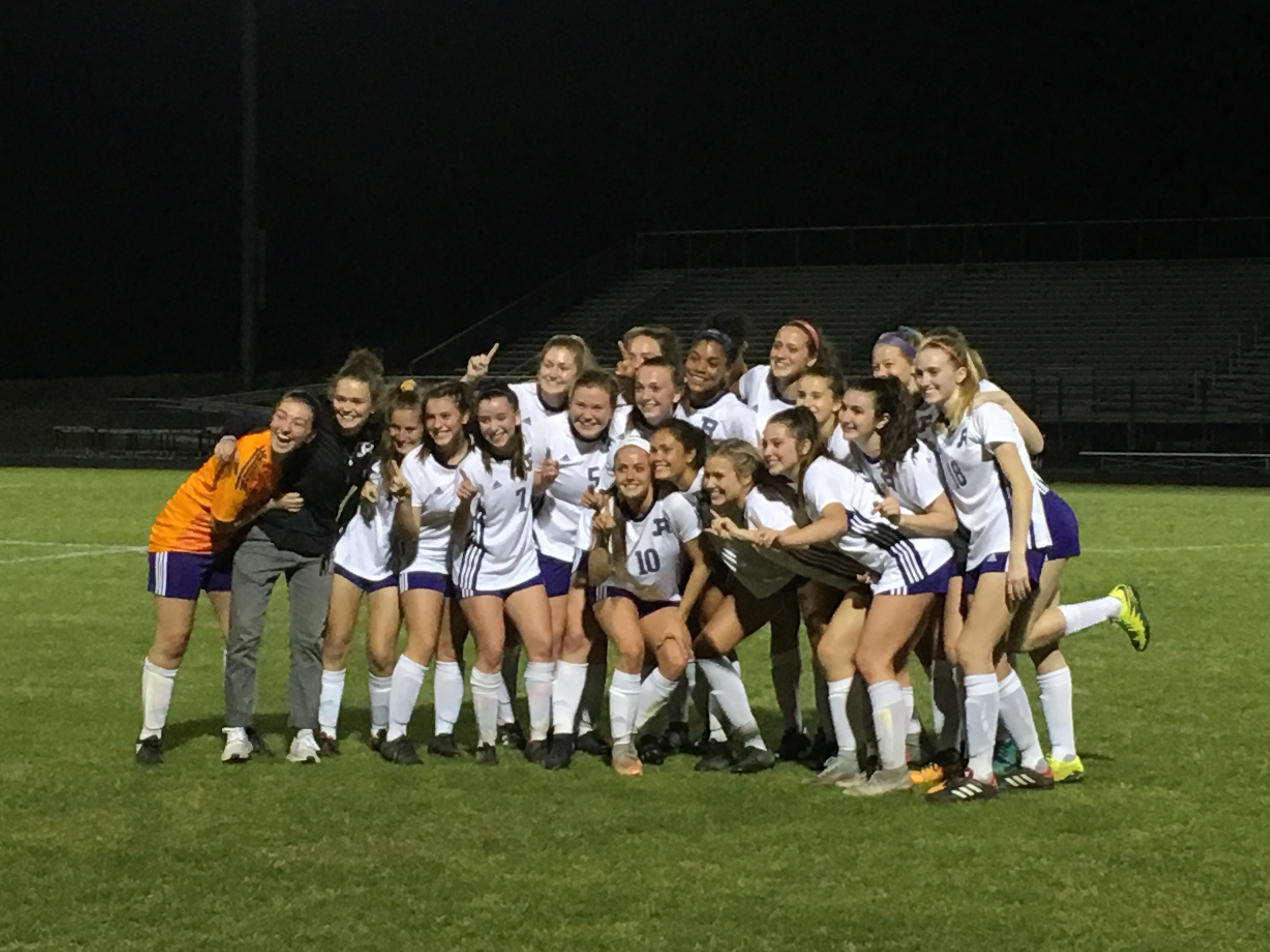 The Rapids ended the week on a positive note with a massive win against Cosby to extend their winning streak to five. The final score was 3-2 with goals from Hannah Calliott, Kate Morris, and Kayla Siddiqi. Assist to Lindsey Munyak.

The first half saw Cosby get on the scoreboard first about five minutes into the game from a nice cross to back post finish. The Rapids responded well and were able to convert a wonderful free kick to level the score. Hannah Calliott buried the 22 yard kick into the back of the net, freezing the Cosby keeper in place. Shortly afterwards, junior Kate Morris put the team ahead after junior captain Lindsey Munyak made a solid tackle in transition to win the ball for Kate, who then struck a shot over the keeper’s head while she was off her line and into the back of the net. 2-1 right before half!

Second half was back and forth with chances on either end but some of the intensity in the game had dropped until Cosby leveled the score with another back door play where the attacking player was able to sneak by the outside back and evade senior captain Abby Rieck to put the ball in. Again, the Rapids responded well and continued pushing forward. Sophomore Kayla Siddiqi took a chance with a shot from outside of the box that clipped the underside of the crossbar to go over the line and bounce back out. The linesman was in a good position to see the ball cross the line and the team went up 3-2. Rapids finished out the game strong and came out victorious!

Next week, the team hosts Monacan on Tuesday, 4/23 and then travels to face Manchester on Thursday, 4/25. In addition, the team hosts Cosby at JRHS due to a makeup form earlier in the season after a rainout. All games this week are normal times, 5:30 and 7:00.