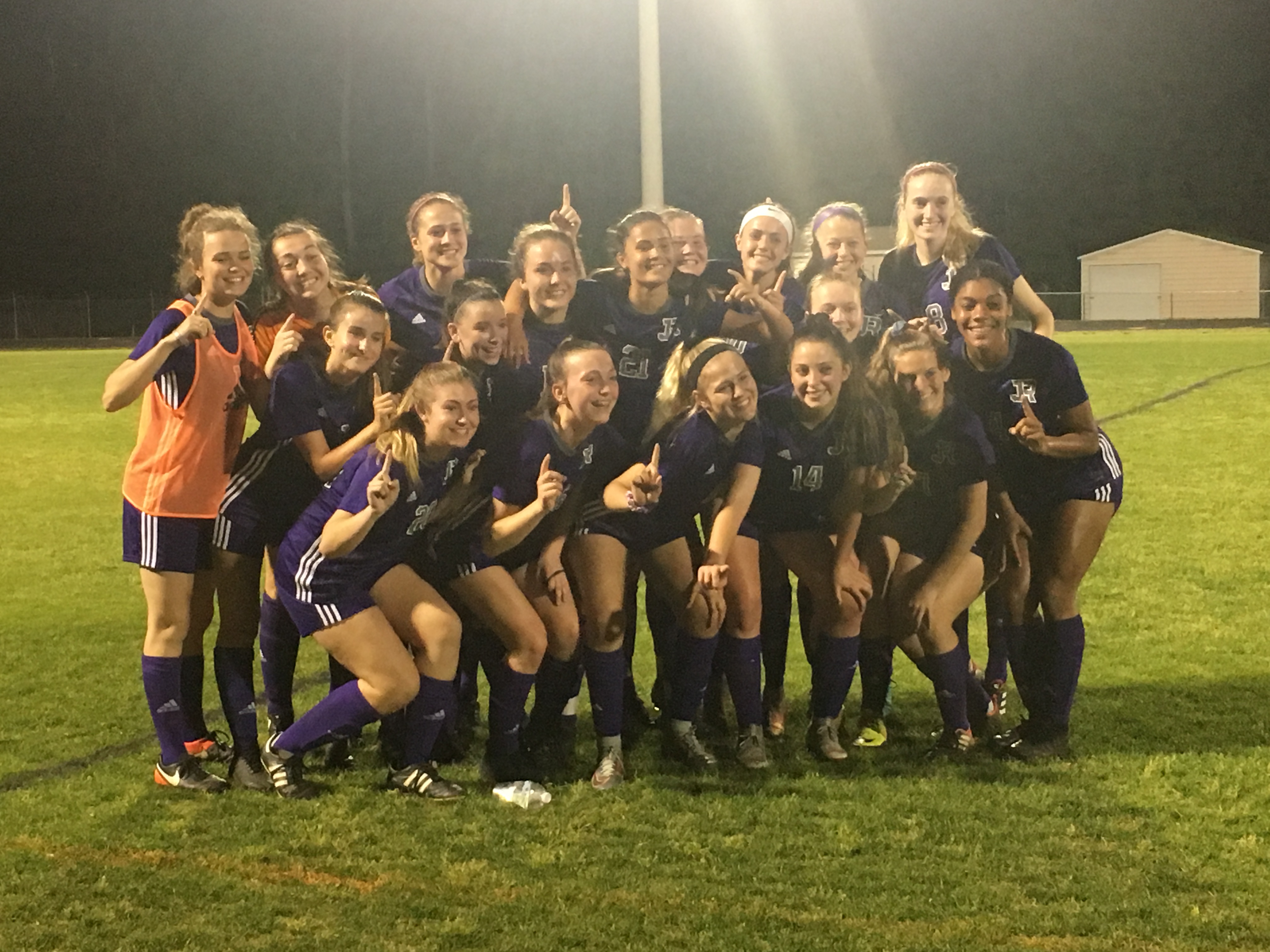 Your James River Rapids will be heading to States this season after a thrilling game that ended in penalties 4-3 in their favor!

After 100 minutes of playing with the Rapids scoring all four goals of the game, it came down to a penalty shootout where Lindsey Munyak, Lauren Ott, Kayla Siddiqi, and Hannah Calliott all scored to help the team advance to the Regional Final and a birth into the State Playoffs! Abby Rieck came up huge with two saves as well!

The team went down 1-0 after a shot deflected off our defender and redirected into the goal. The team changed formation after half and were able to claw their way back into the game with two wonderful goals. Hannah Calliott found herself some space 1v1 on the GK and buried into the lower corner to even up the score. Minutes later, she assisted Kameron Simmonds with a nice through ball and Kameron was able to toe poke the ball past the on rushing keeper from Cosby.

Unfortunately, with a few minutes remaining another own goal was scored on us with miscommunication on a crossed ball. Heartbreaker at the moment, but the Rapids persevered through four overtimes and penalties.

The team plays at 6:00 tomorrow at The Swamp vs Colonial Forge!