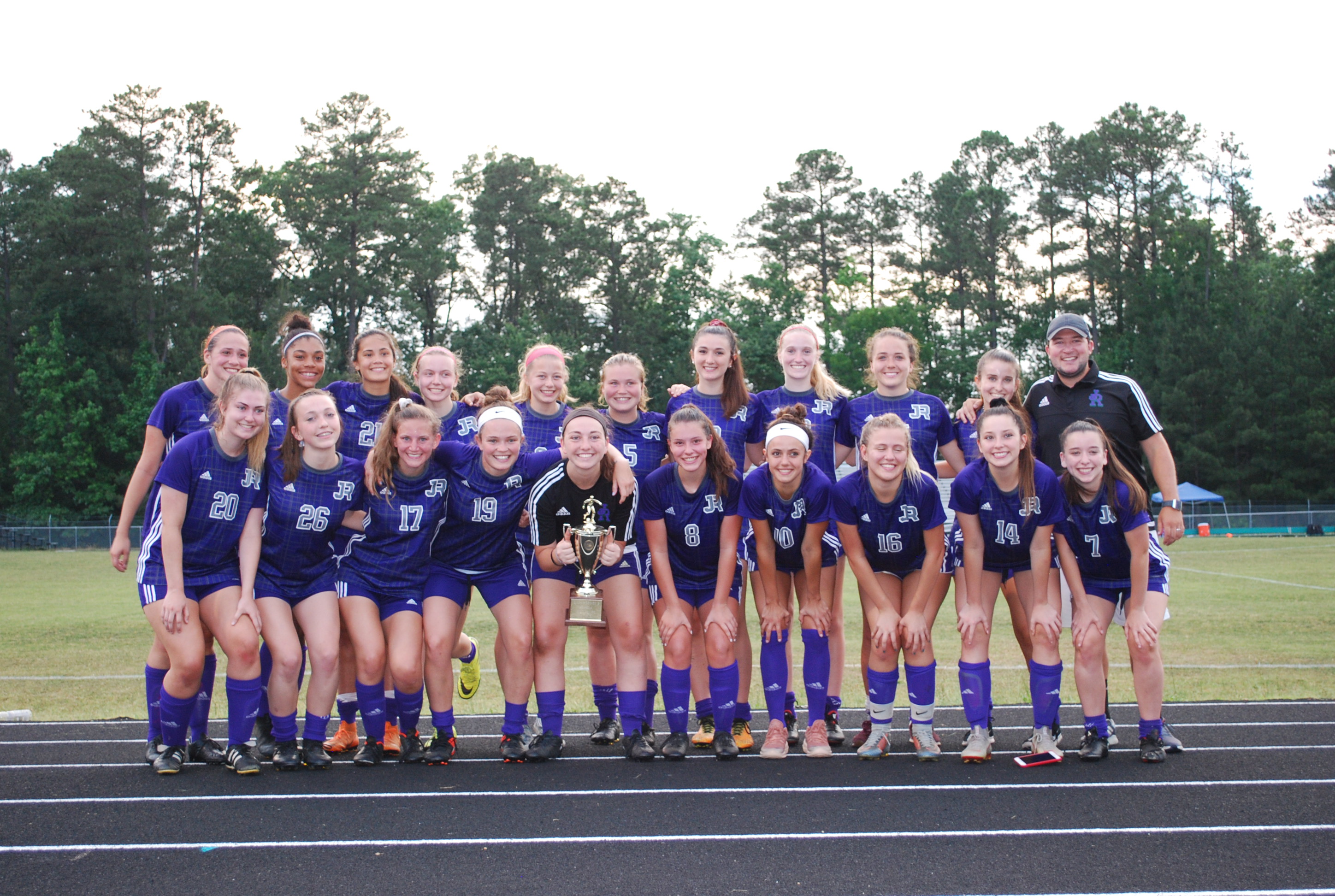 The Rapids were able to clinch their first Regional title tonight vs Colonial Forge with a score of 3-1.

The team played extremely well by maintaining possession, being smart with their decisions, and fighting for every ball tonight. The first 15-20 minutes was a physical battle that the girls were able to work through and compete. After the quick water break, Coach Stowe made some changes to help boost the offensive effort and it quickly paid off. Freshman Kameron Simmonds opened the account with a blistering shot from 22 yards out that clanged off the post and hit the opposite side netting. Minutes later, junior Amanda Arnone beat a few defenders and took a quality shot forcing the Colonial Forge keeper to give up a rebound. Off that rebound, junior Olivia Montemurro was in the right place at the right time to bury the ball into an open net from a few yards out to double the advantage.

After halftime, Arnone increased the lead after a brilliant pass from junior Kate Morris into space where Arnone was able to seal off the tracking defending players and bury the ball into the back of the net to make it 3-0.

The Rapids did well to control the game for the remainder but unfortunately gave up a goal from a corner kick with about 10 minutes remaining.

The team will host the runner up from the Regional Final from the Southeast Region on Tuesday. Time/opponent to be determined.