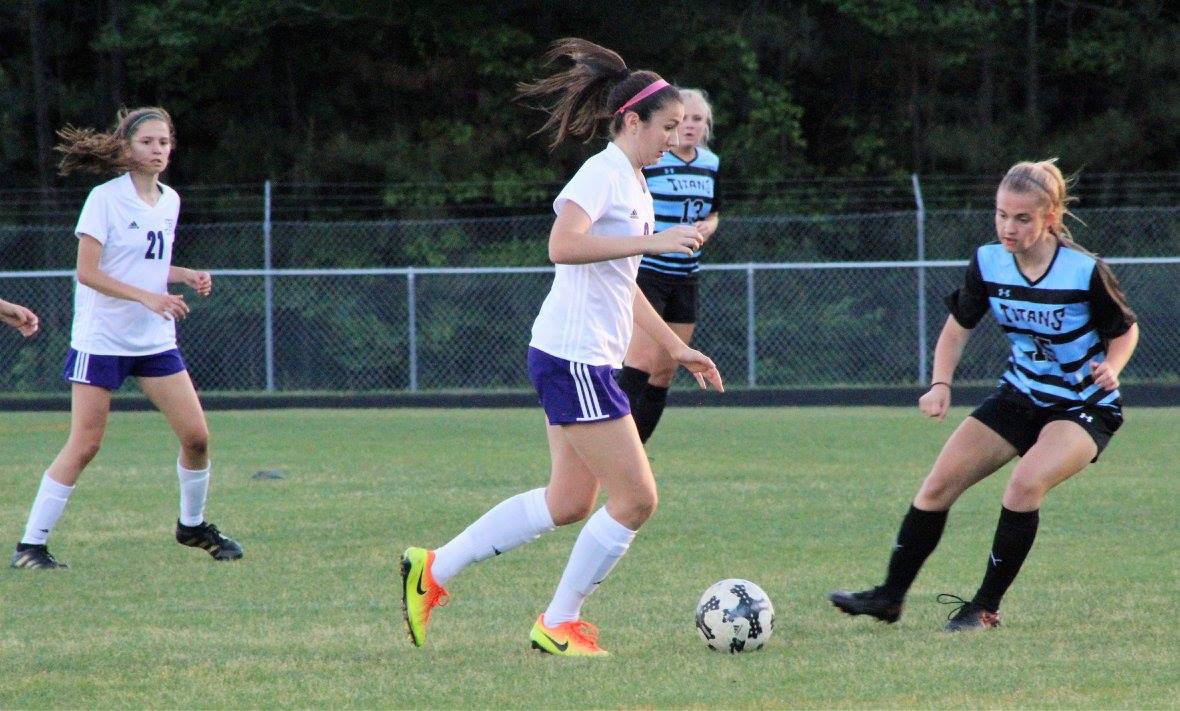 The Rapids started the week off on a good foot with each team winning 4-1 vs the Cavaliers!

JV was down 1-0 at halftime but had a resurgence in the second half to score four unanswered goals. Kemissa Michel, Campbell Trottier, Tessa Shepard, and Izzy Goff were the goal scorers for JV last night! Assists go to Tessa Shepard and Claire Logsdon.

Varsity were up 2-1 at half after two wonder goals from Lindsey Munyak and freshman Kameron Simmonds. The Cavaliers scored a wonderful goal of their own right before halftime.

The team came out in the second half and were able to utilize their speed to get in behind on two occasions to score twice. Amanda Arnone had both second half goals to bring her tally up to 6 goals in 6 games so far this season. Kate Morris, Olivia Crooks, and Jenna Rieck recorded assists last night.

Rapids travel to Cosby on Thursday for the season’s first meeting after an early rain out back in March.