Coming off back-to-back wins to start the season, Coach Chris Calfee’s Rapids traveled to Cosby to face the veteran Titans – returning 5 starters from their 2019 Regional Runner-Up Team (the Rapids were the Regional Champions).  Despite their determined play, the Rapids, battling high winds, could not overcome the steady Titans line-up. In an epic battle, Senior Zain Quader faced Cosby’s Conner Johnson.  Quader overcame a first set loss (3-6) to win the second (7-5), before prevailing in a third-set tie-breaker (10-8). This early-season match was reminiscent of the Rapids first match against the Titans in 2019, where the Titans took a convincing win. As is typical with Calfee-led teams, the 2019 Team continued to mature throughout the season before taking the Regional Championship.  This writer believes that a similar story could be told in 2021 – time will tell.  The Rapids return to the  Hardcourts this week with matches Monday (away-Manchester), Wednesday (home-Midlothian), and Thursday (home-Monacan). 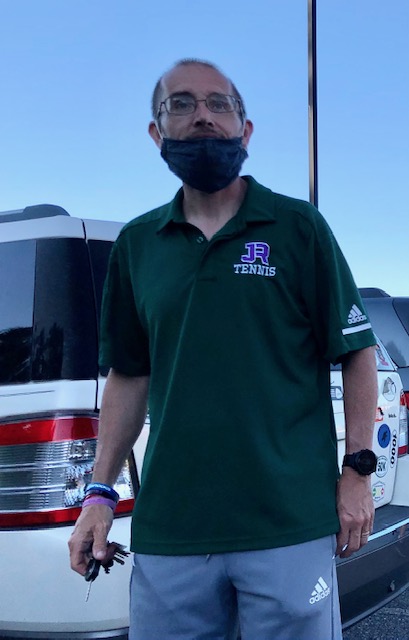 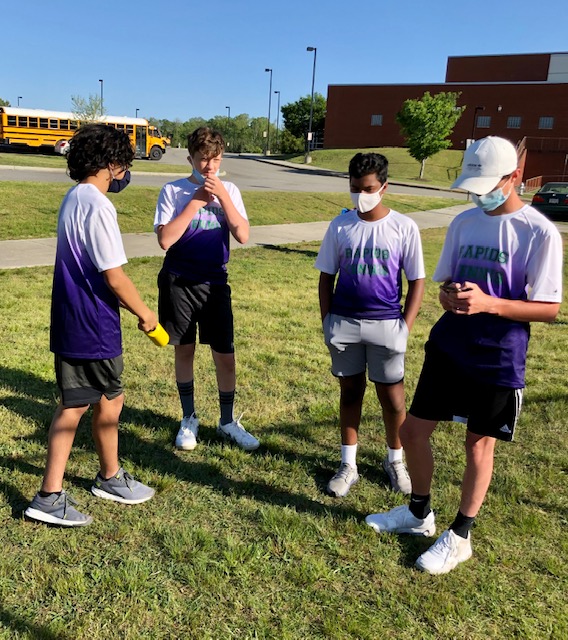 Parker Landergan with the serve 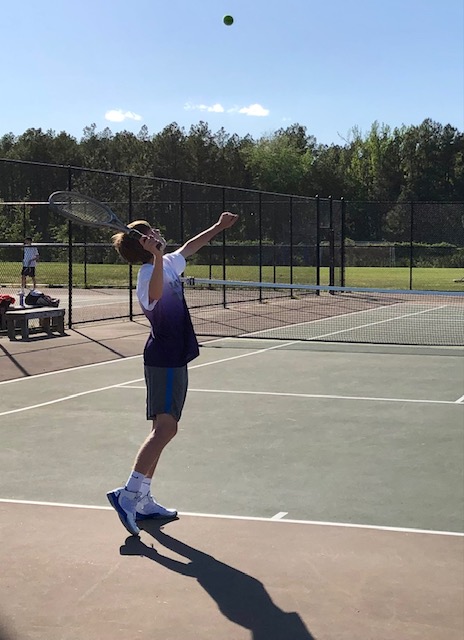 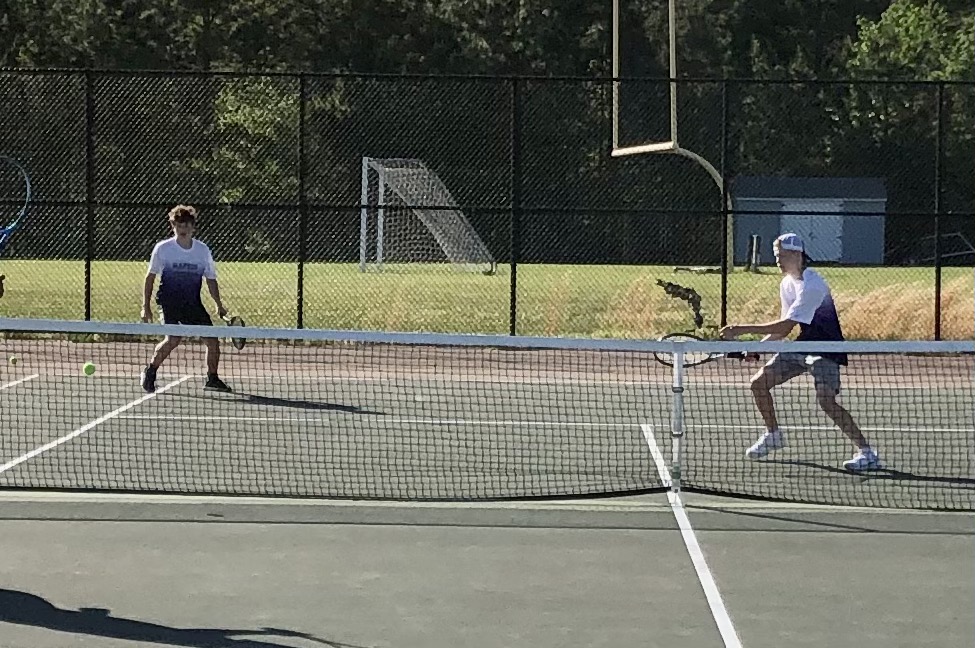 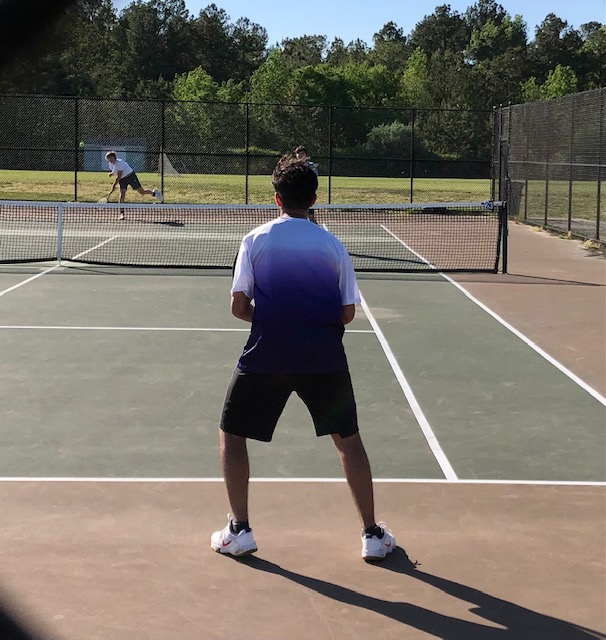 Logan Lewis with a winning serve 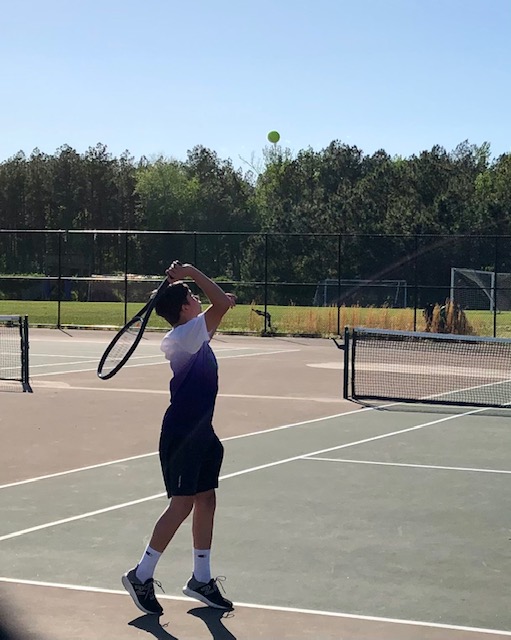 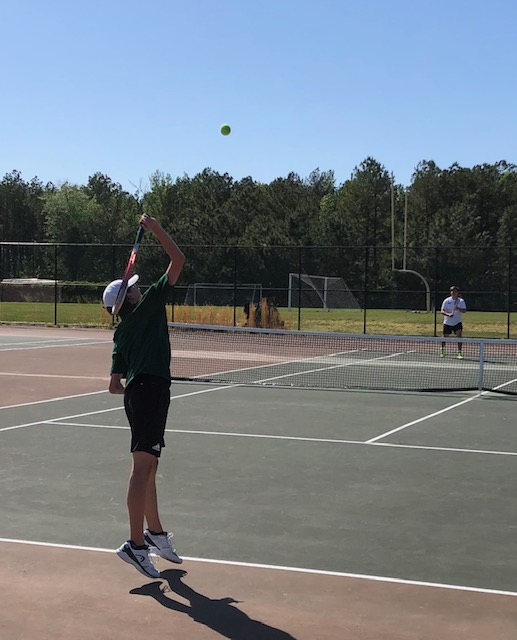 Zain Quader for the win 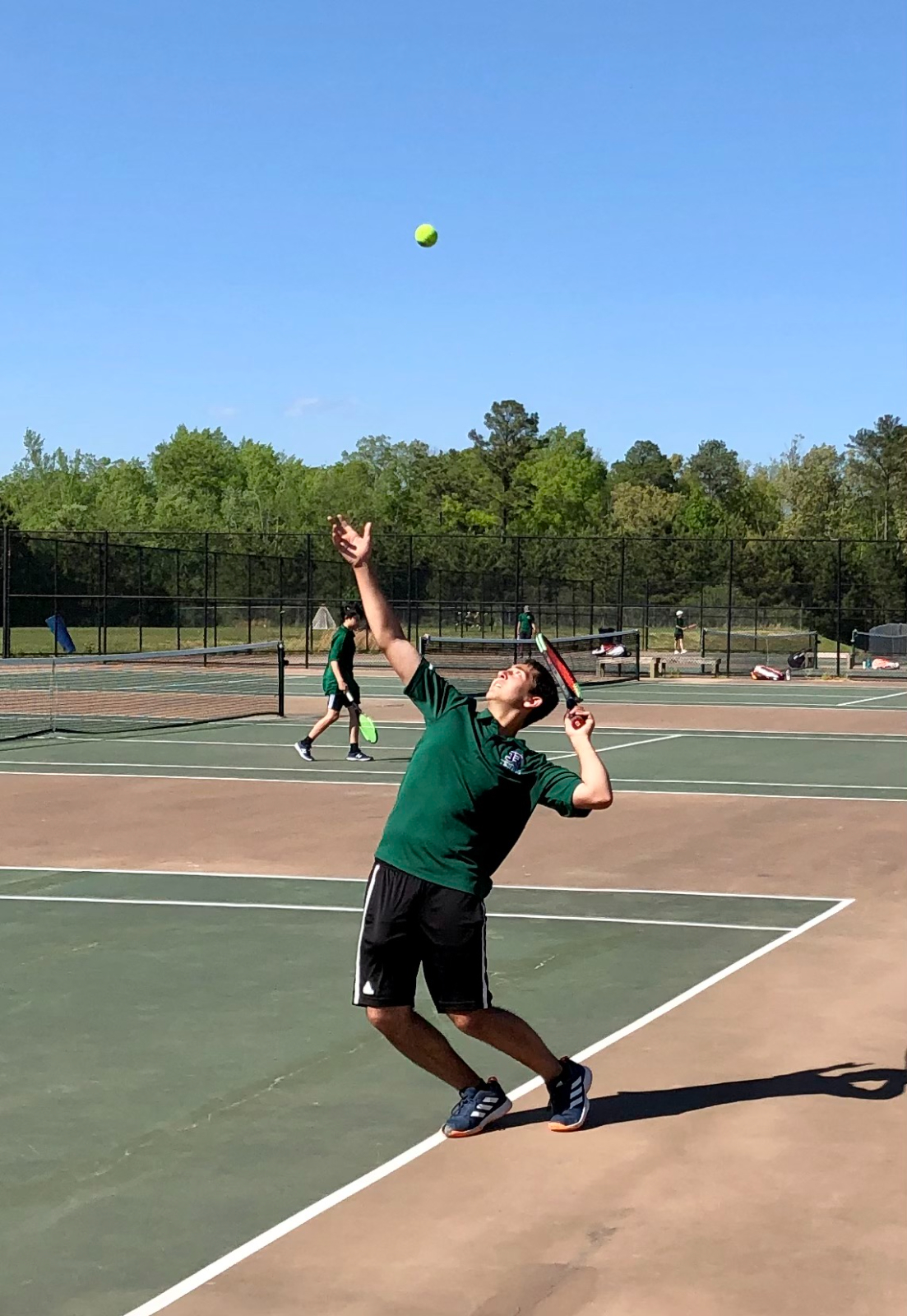