The boy’s varsity basketball team finished with a 13-10 record this season one game short of the regional tournament.  Under a new coaching staff and a rejuvenated attitude from the players, the Rapids won 11 more games than they did the previous year when James River went 2-20.

The Rapids rebuilt a winning culture behind a team consisting of 6 seniors, 3 juniors, and 4 sophomores.  Everyone contributed in his own way.  Seniors Jack Dash and Jamear Kendrick provided great leadership day in and day out.  Sophomore captain, Loginn Norton, led the Rapids in scoring at 20 points per game and 4 assists per game.  Loginn’s daily winning mentality was contagious among his teammates.  Loginn was voted to 1st team all conference as a sophomore (picture below).  Fellow sophomore, Jalen Jordan, was voted to 2nd team all conference while averaging 13 points per game and 8 rebounds per game (picture below).  Jamear Kendrick’s improvement as the year progressed really helped the Rapids.  Jamear was voted to 2nd team all conference as well (picture below).  Jack Dash provided an outside shooting threat for the Rapids.  Dash hit some huge shots in many games down the stretch for James River.  Dash broke his wrist in the conference quarterfinal game against Clover Hill.  His experience and solid play was missed when the rapids lost in the conference semi finals at Franklin County by just a basket.

Our varsity program volunteered at Bettie Weaver Elementary school on Wednesday’s.  See Jarren in the middle of a bunch of Bettie Weaver students below!  We look forward to helping out more moving forward.  In addition, both the JV and Varsity team participated in a fundraiser for Ber, a local young man battling cancer.  We enjoyed spending a Saturday morning cycling with Ber (see below).  We will continue to constantly be involved in our community.  Giving back is something our program really believes in.

We also started our “Honorary Coach” program where each senior chooses an educator that has had a huge impact on their lives off and on the court.  Our seniors write up a brief thank you to his respective honorary coach that is read before a game that the honorary coach sits on our bench for!  See senior Jamear Kendrick with Mrs. Faulcon below.

The Rapids will start off season workouts following the dead period.  The future is very bright for the program! 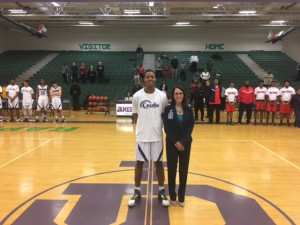 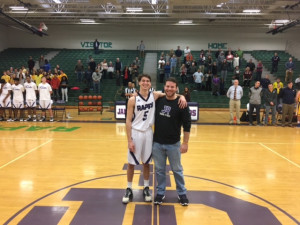 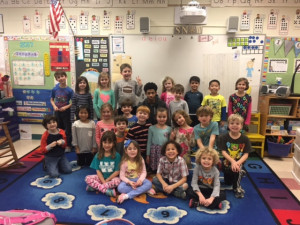 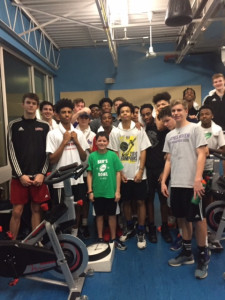 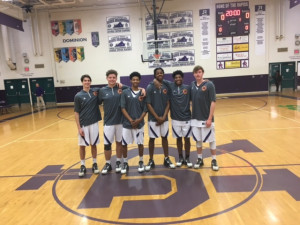 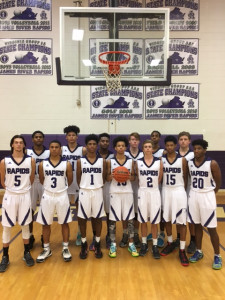 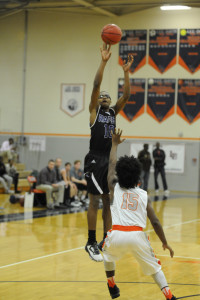 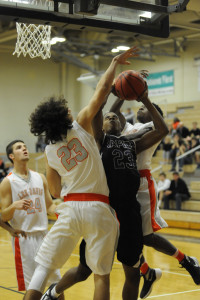 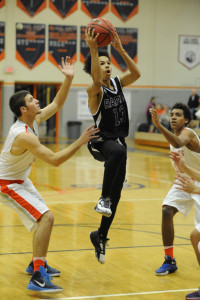 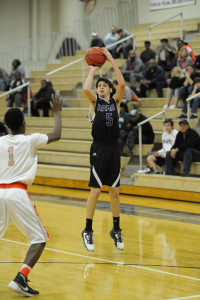