James River football coach Greg DeFrancesco announced Monday that he’s retiring from coaching. He joined the Rapids as an assistant in 2000 and became the head coach in 2001. He intends to continue teaching social studies at James River.

The Rapids went 79-96 (.451) during his tenure. They had perhaps their best season in 2014. They won five of their last six regular season games, upset No. 1-seed C.D. Hylton 13-8 in the first round of the playoffs, beat Cosby in the second round and lost to Ocean Lakes, the eventual state champion, in the third round. They finished the year 8-5.

A Baltimore native, DeFrancesco graduated in 1979 from Hampden-Sydney, where he played football and baseball. He spent 20 years as a corporate executive at Sherwin-Williams in Cleveland and Circuit City in Richmond before changing his career path to education in 2000.

“It was one of the best decisions I ever made,” he said. “The transition to education has been a rewarding journey for me personally and for my family. My tenure has been filled with many friendships, memories and experiences that I will always cherish.” 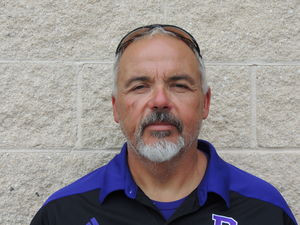